April Fools has become a big holiday on the Web, and big brands are taking notice. It’s become an easy and effective way to reach out to target audiences with a fun and entertaining message that isn’t always tied back to a real product, but the message’s marketing power is real and effective. Below is our list of the funniest and most effective April Fools pranks of the year.

Though April Fools may not directly boost sales for most brands, it certainly increases brand awareness and makes fans out of otherwise oblivious web users. As usual, Google leads the pack with another absurd product launch. This year, Google launched Google Nose Beta, which enables your Android phone to excrete smells the way a speaker broadcasts sounds to the surrounding area. For example, if you find a picture of a lemon on the Web, you would smell it through your phone (without any additional hardware upgrades). It sounds as magical as any other technology that we use today, but it’s far from a real product.

Though many companies are working on a version of this for TVs and desktop computers, Google’s implementation is absurd because it would require an expensive hardware upgrade. On Google’s end, it also requires a massive database of smells and a way to associate those smells with media on the Web. Perhaps one day, but not today.

Google-owned YouTube also pulled its own prank this year. Riding on the Web’s frustration with the the recent shut down of some highly-beloved and popular products, such as Labs and Reader, Google announced that it is officially shutting down YouTube. Actually, YouTube was just a massive contest to find the best user-submitted video, and now, the company is ready to select a winner.

Twitter also joined in the fun with a new tool, though it’s not known for its April shenanigans. The company announced a web-based that allows users to tweet without vowels, enabling them to broadcast significantly longer messages. It’s not much of a prank because it really does work, and we wouldn’t be surprised if Twitter launched an official version of this tool. 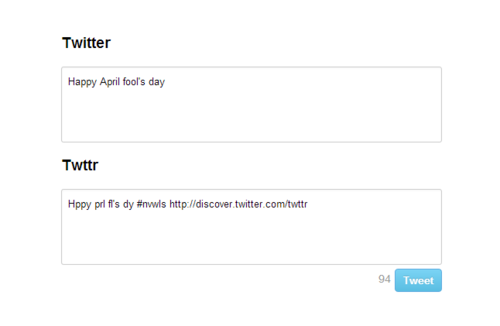 Sony launched Animalia, a new electronics line for pets, including tablets and headphones for dogs/cats and speakers for hamsters. 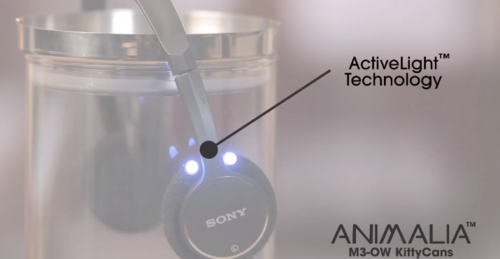 Hulu’s prank should appeal to fans of popular TV shows. The company added a variety of new TV shows to its online offering, but there’s one problem. These shows don’t exist! They only exist within other TV shows. For example, you’ll find Itchy & Scratchy episodes from The Simpsons, Inspector Space Time episodes from Community and Mock Trial with J. Reinhold episodes from Arrested Development. Apparently, the US Army is training cats as soldiers. The caption for the below photo reads, “Gino, military working cat, 947th Police Detachment, 3d U.S. Infantry Regiment (The Old Guard), takes his class photo after graduating from the military working cat program.” Rounding out our list, Virgin Atlantic announced a new glass-bottom airplane. If I could choose any one of these pranks to be a real, I’d choose this one. Sure, it would be a bit scary at first – or during emergencies – but it would be damn fun. 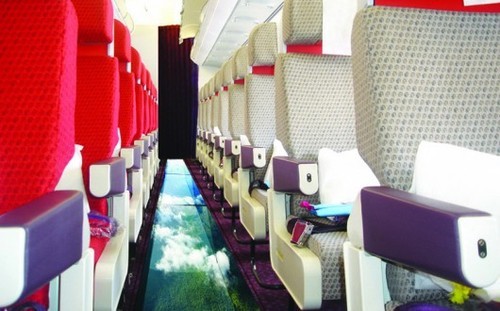