What does the government shutdown mean? We know it means some people won’t come into work today, but what does it really mean? Perhaps, some memes will clarify the situation. As of Midnight last night, the US government is officially “shut down”. What that means is a lot of government employees won’t be allowed to go to work today, and other other government workers will be forced to work but without pay. However, that doesn’t mean ALL government workers won’t clock in today. Don’t expect the Highway Patrol to turn a blind eye to speeders just yet. Plus, security and military forces are still active in all the necessary places.

But what are the greater implications of a government shutdown under these circumstances? The truth is I really don’t know. Even experienced politicians and political commentators aren’t 100% sure. This situation is all sorts of WTF. 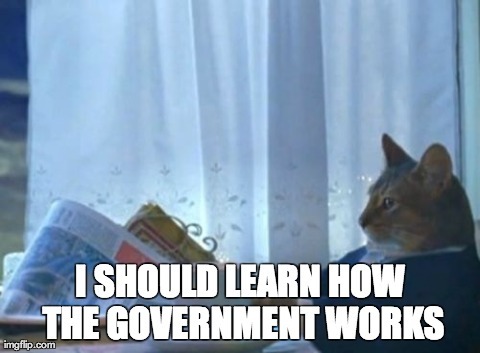 It’s never happened this way in history, so all I can do offer you relevant memes to help the Internet explain it to you in layman’s terms. Let’s start with a meme posted by the famed Star Trek actor George Takei. 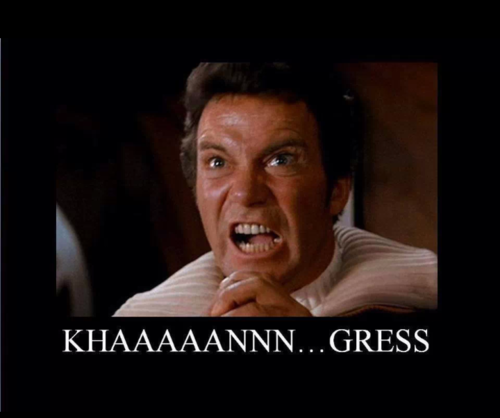 This next meme below summarizes every politician’s explanation for why we have to have this government shutdown. In other words, our House of Representatives is full of BS, as usual. In any case, I’m sure some of you feel like this is just everyday business for Congress. And I have to agree, I never thought they were doing much in the first place. 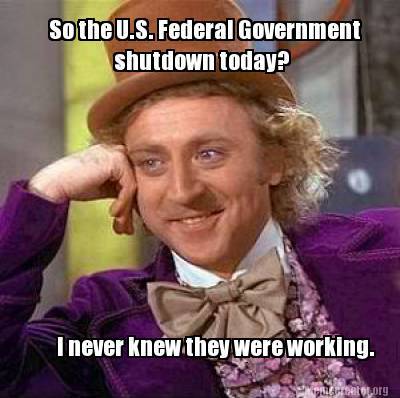 But if some parts of the government really are shutting down today, what does that mean for the NSA and all the unnecessary spying on US citizens? 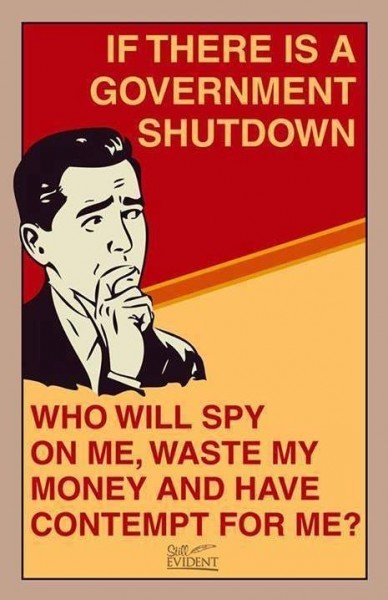 Oh, that’s right, they only shut down the parts that actually do good things for Americans. 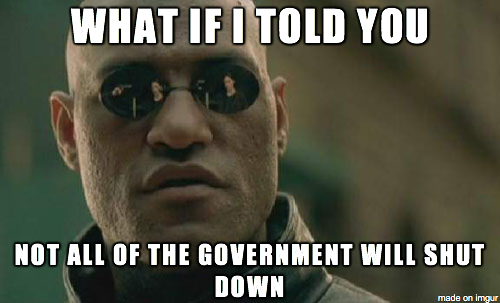 Well, keep your head up, kids. I have a feeling the government shutdown is just a big publicity stunt for attention, and as long as the IRS is clocking in, so am I. 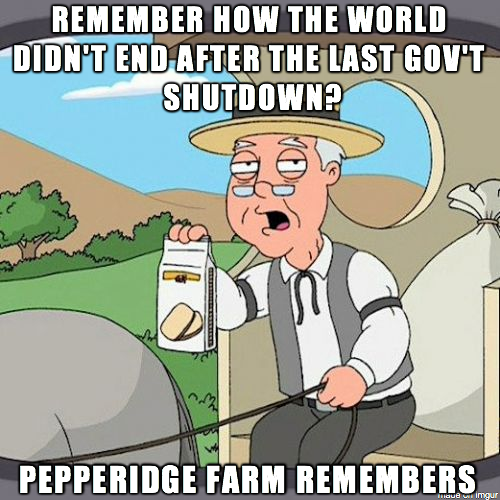 More importantly, try to keep in mind (as the media delivers terror and apocalypse into your living room) that news organizations exaggerate a lot. I’m sure that if you take every word literally as it comes out of your TV set, you probably would think the apocalypse is just around the corner… since cable news depend on end-of-the-world themes to attract a lot of attention (which is great for delivering car ads and soda commercials).