Every week, we suggest a fascinating, unique and delicious dish that is easy to reheat at your office lunchroom. This week’s #BYOL recipe: Hummus-Crusted Chicken.

Have you ever considered using hummus as a sauce in a baking recipe. Neither had Gimme Some Oven’s Ali, but that didn’t stop her from trying out the fascinating dish. It turns out the dish is rather awesome, and I’m beyond ecstatic to come across the recipe. More importantly for those of us with little free time, it’s pretty easy to cook up, and it doesn’t take a long time to make. Now, let’s bake some chicken. + One cup of your favorite hummus

+ One tsp. smoked paprika or sumac 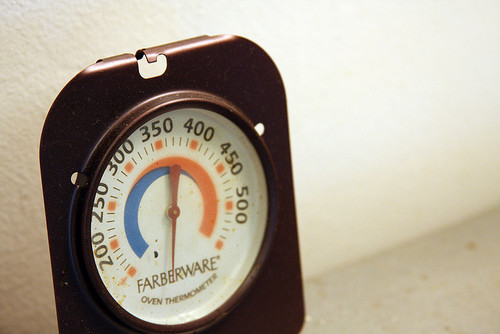 + Season the breasts with salt and pepper.

+ Place the zucchini, squash and onion in bowl. Drop in some olive oil. Toss until evenly coated. + Arrange the vegetables at the bottom of a baking dish. They should form an even flat(ish) layer.

+ Coat cover chicken in hummus; then, lay the chicken breasts over the vegetables.

+ Squeeze an entire lemon over both the vegetables and the chicken. Thinly slice the same lemon, and place the slices in between the chicken and veggies. + Let it cook for about 25 to 30 minutes, though you should double check that the chicken is completely cooked before taking it out. The veggies should feel rather tender.