Pens are some of our best selling products, but why?

In fact, our least expensive pens are around .20 cents each, which is five pens per dollar.  If you already go through tons of pens every quarter, it can actually be cheaper to buy pens from AnyPromo in bulk rather than going to the office supply store.

If your main concern is getting a promotional product that won’t end up in the trash, pens are a safe choice.  Everyone uses pens.  In fact, if you have pens in a customer facing area, you’ll notice that pens are so useful that they tend to disappear.  (So why not turn pilfering into a branding opportunity?)

Pens are extremely popular for businesses dipping their toes in the promotional products water.  Opening a box of custom pens and seeing your business’ name and logo on a pen is often a landmark event if you’re starting a business for the first time.

Whether you are trying to or not, you’re always communicating.  Most of this communication is not verbal either, it includes what people see.

For example, what would your customers think of your establishment if they were handed this pen to sign their receipt?

Now, what if you handed them this instead?

A good branded pen can communicate professionalism and show customers that they’re in an establishment.  If your business involves consumers signing receipts or filling out forms, a nice custom pen is an opportunity to show exactly what kind of business your customer is standing in.

So, now that we’ve covered how pens help with your image, what makes a custom pen convert into sales?  Having people know who you are is nice, but it doesn’t necessarily make someone want to buy something from your business.

A Pen with ROI

Although branding is very important, it is a different discipline from sales or advertising.  In an interesting example we’ve come across, we found someone who managed to use branded pens in an interesting way to get a great return on investment.

User midasman09 from Warrior Forum was put in charge of marketing for his wife’s antique shop and was able to bring in a lot of quality traffic by being creative with the artwork on their branded pens.

The antique shop’s first step was getting high-quality pens that people would want to keep.  These were pens that not only looked nice but wrote very well.

The second step was writing something compelling.

midasman09’s first batch of pens read “If you like this pen, bring it into our Antique Shoppe and we’ll give you 2 more just like it!”.

This first batch of pens had a great ROI.  Not only did many of the people take the Antique Shoppe up on the offer, a lot of them ended up buying something while they were there.

However, midasman09 was not done.  On his second batch, he had the pens printed with “This Pen is good for $1 OFF anything in our Shoppe!”.

This was the game changer.

Pretty much everyone who came into mrmidasman09’s shop ended up buying something because they specifically came to see what they could spend their free dollar on.  Even people who weren’t inclined to spend at least got some .25 cent marbles.

But guess what the biggest benefit was?

People were being brought in by a $1 discount who ended up purchasing high ticket items, like a $2500 table or an $850 cupboard. 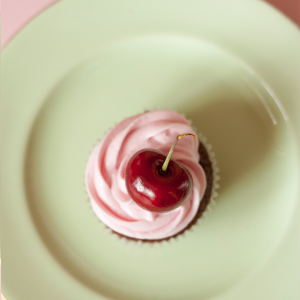 And the cherry on top…

Handing out these pens had a behavioral influence.

When buying antiques, many customers try to haggle down the price or ask for a discount.  However, when using a “buck-off pen”, most customers magically forgot to do this since they were already caught up in the novelty of the discount.

The Pen is Mightier than the Coupon

As demonstrated with midasman09’s antique shop, a pen can be much more effective than a coupon.

Not only is a pen much more durable than a paper coupon, but it ends up being carried around due to its utility.  The more someone sees the pen as they take it out, the more it “burns a hole in their pocket”, and the more likely they are to actually use it!

If this sounds like something that could work for your business, check out our pens to start making marketing make cents!

About Zach H 21 Articles
Zach does marketing stuff for AnyPromo. His favorite food is Fettuccine Alfredo.