The brand evangelist is the holy grail of any marketing team. He/she promotes your brand to the most relevant audiences, and the best part is evangelists are free, unlike employees. But how exactly do you make a brand evangelist? 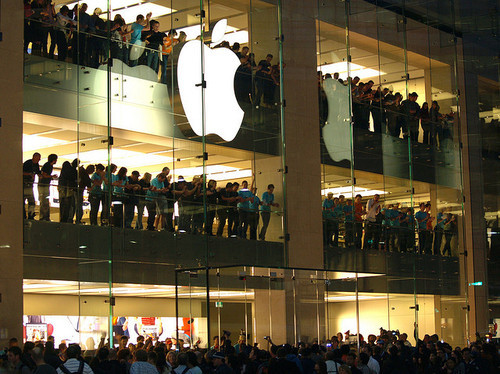 by Fausto Mendez / photo by Marcleh

Prior to Virgin Airlines, it’s hard to believe that an airline could ever be a hip brand like Coca Cola, especially in social media, which is where many evangelists do some of their best evangelizing. But if you take a look at the company’s online presence, it’s clear there is an army of evangelists out there working on behalf of Virgin, and it could not have been as successful as it is today without those evangelists.

What is Virgin’s secret? More importantly, what is the brand doing that other airline companies are not doing? The answer is actually pretty simple: Virgin has Richard Branson, the company’s CEO and ultimate brand evangelist.

Branson is one of the most famous businessmen on the planet right now. His fame and work rival that of Steve Jobs, Bill Gates and Warren Buffet. More importantly, the global impact of his companies are literally changing the world as I type out this article, not just in terms of technology but in terms of philanthropy as well. Don’t believe me? Check back in ten years when Virgin Galactic is shuttling tourists in space as one of the first space “airlines” for consumers. Oh wait, it’s already happening, and you can reserve your seat right now.

You could argue that space flight is actually the answer to making brand evangelists for Virgin. After all, that is another major difference between Virgin and the rest of the airline industry, but you’d be wrong. There are a handful of other companies that have achieved similar feats as Virgin Galactic, but most people have no idea those companies even exist. Branson, it turns out, is the key to making brand evangelists out of Virgin customers. Steve Jobs, Apple and its customers have a similar relationship with each other, but don’t misunderstand this. It’s true that you need to have a great product/service and a stellar marketing team to make brand evangelists. However, the company’s “fearless leader” is ultimately the foundation that ensures the existence of brand evangelists. Without the fearless leader, there’d be little to no die-hard fans, or evangelists.

The Brand Mentalist describes the relationship between Apple and its fans in an excellent piece titled “Evangelism”.

“Apple users are evangelists because they truly believe in the values of the company. They feel that the company’s motto (“Think Different”) is a reflection of who they are as individuals. Apple evangelists feel inspired and connected when they see Apple commercials, as these advertisements show people who share Apple’s beliefs, messages that challenge the status quo, and people who actually “Think Different.” Most importantly, all of Apple’s products are a reflection of this belief. The company has always innovated products that actually do “Think Different” from what the mainstream version of that product is.

It’s not a coincidence that the leader of Apple held the same beliefs as the company. Steve Jobs was a misfit. Everything he did in life followed the mantra “Think Different.” In fact, you can even argue that one of the reasons he died is because of this belief.”

Apple represents Jobs, not the other way around. It’s important to keep that in mind when making evangelists. If your company doesn’t represent its fearless leader, you’ll never make evangelists.

As long as your customers feel that your brand’s fearless leader shares their beliefs and values, they will trust the company and its decisions. They will even promote it to their friends and family for free. After all, who doesn’t love to share good news?

“This kind of loyalty has nothing to do with design or features; this is about the innate need of social creatures to join groups that represents their values.”

You can always break down any marketing strategy to basic psychological elements that accurately predict the customer’s behavior, and in this case, people naturally feel a primitive desire to join groups with members that share the same values. Exploit this psychological tick with your company’s fearless leader, and you have yourself a competent brand-evangelist-making strategy.