It’s probably safe to say that we haven’t seen everything that #social media can do for businesses. Most brands use it to post company updates and engage customers with sharable content, but Wendy’s is thinking way outside the box for social. And the rest of us should be taking notes.

Beyond marketing, Wendy’s employs social media to influence important decisions, and it’s becoming a core component of the company’s decision-making process. That’s because effective social-media management involves a ton of listening, so Wendy’s leadership listens to the customer base via Facebook, Twitter and other social channels to find out what motivates them. Then, they act upon the information they gather, according to Brandon Rhoten, director of Digital at the company.

At his recent BlogWell presentation in New York, Rhoten described Wendy’s fresh, effective approach to social, and we beak down three of his more eye-opening examples below.

+ Earlier this year, the “pink slime” issue hit the news with full force. Fast food chains, supermarkets and restaurants that sell the cheap, disgusting slime quickly came under public scrutiny. As the beef industry clamored to keep everyone quiet, Wendy’s was more interested in what the company’s fan base had to say about it, and the fans had a lot of negative things to say. As a result, Wendy’s determined that it had to effectively spread the word that it doesn’t serve pink slime, and the company did this successfully through its various channels, including social media.

+ You can say the 1" x 1" real estate on a smartphone’s home screen is more valuable than 100 highway billboards. That’s because every time a fan opens his phone, you have an opportunity to make a connection with him, so when Wendy’s found out that its social audience was complaining about the restaurant’s lack of healthy meals, the company was quick to respond with an app that features each menu item’s nutritional details. Though it’s technically not a nutritional meal, Wendy’s understood that the app would alleviate many concerns of the healthy conscious.

+ Wendy’s recently set a goal to raise sales of value items, and it would do this with the help of social media. Unfortunately, value items don’t make for great social content, and the company’s social channels seemed to be hush on the topic. But the company wouldn’t give up so easily. As a result, Rhoten’s team came up with a new plan: ask customers to rename the value items through its social channels. When the company finally decided on the new names, there was a significant increase in orders of items from the value menu. 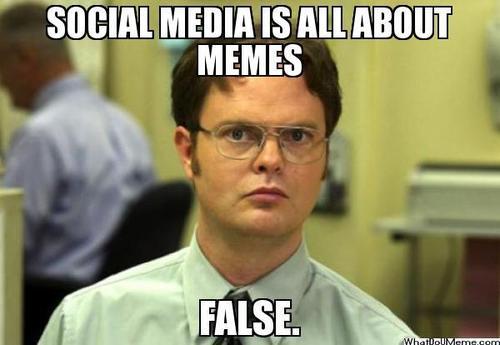