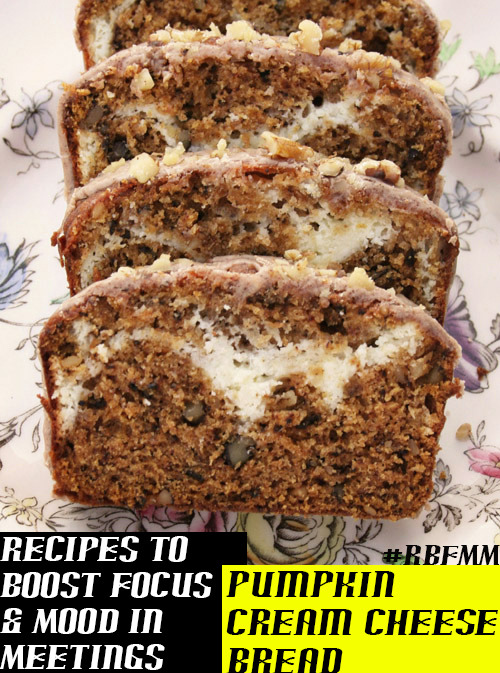 Pitching to a hungry audience is shooting yourself in the foot, so bring along some tasty treats – preferably sugary stuff – to boost everyone’s focus and mood. It WILL make a significant difference in the success or productivity of your meeting or pitch. This week’s #RBFM sugar spell: Pumpkin Cream Cheese Bread!

Our favorite #RBFM recipes deliciously mash up two separate concepts, such as cinnamon rolls and cheesecake. That’s because, in a business setting, you definitely want to impress your meeting’s attendees. It makes your meeting that much more memorable. They will always remember that meeting as “the one where I tried a cinnamon-roll cheesecake for the first time.” If you’re making an important pitch, the incoming sugar high could be the difference between a success or a failure.

Anyway, let’s bake something. You can thank Recipes Quick’n Easy for original recipe. 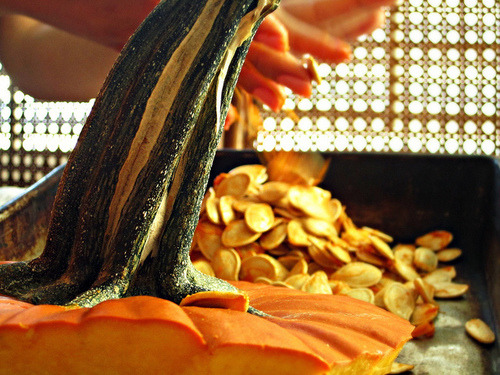 + Start the filling. In a bowl, mix: cream cheese, sugar, flour, egg and vanilla. Mix until it feels pretty smooth, and aim for a “cream” texture.

+ Start the bread. In a larger bowl, mix 1 2/3 cups flour, baking soda, salt cinnamon  cloves, ginger and nutmeg. In a separate bowl, mix: pumpkin puree, canola oil, eggs and sugar. Now, mix the contents of these two bowls together. Drop in your nuts for good measure. + Bake for 55 to 60 minutes, or until you can stick a toothpick into your bread and pull it out clean.

+ Pull out your bread. Let it cool for ten minutes or so. Now, drop some glaze on that B, and drop in your nuts for good measure. + First, I should warn you that fireworks may shoot out of your mouth during consumption, so keep a fire extinguisher on hand.

+ Once you have your extinguisher, grab some bread, and put it in your mouth. I guess you can save some for a friend or whatever, but I wouldn’t blame you for being selfish. Oh yeah, don’t forget to save some for your next meeting, or… never mind, you’ll probably have to cook another batch.

Join the conversation on Facebook, Twitter, Pinterest, Google+ or Linkedin, and stay ahead of the game with an occasional laugh and non-stop marketing & business advice, news and analysis. Brought to you by AnyPromo.com, the Web’s low-price leader in promotional products.